Home » About us » Recognition and Awards

For its innovative and efficient R&D work, VEDA was not only recognized by it commercial partners around the world, but also from the international expert community. In that regard, VEDA’s Fire Extinguishing System has already been awarded with several significant awards.

From the region, the first award was received in the country in 2006 at the Exhibition of Innovations and New Technologies MAKINOVA in Skopje, Macedonia, where the solid fire extinguishing system was awarded with a Grand Prix for Innovation.

The system was next presented at the International Exhibition of Innovations, New Technologies and Industrial Design in Belgrade, Serbia in 2007 and was granted with the Golden Medal for Innovation with the image of Nikola Tesla. The award is granted by the Association of Inventors of the Republic of Serbia. The committee which reviews the innovations and decides on the awards is consisted of experts, professors and doctors of science, therefore this recognition is highly regarded and relevant in the region.

From the wider region, VEDA’s solid system was presented at the IENA 2009 International Trade Fair “IDEAS-INVENTIONS-NEWE PRODUCTS”, in Nurnberg, Germany and was awarded with Silver Medal for “Gas generating charge of the appliances for innovative extinguishing of fires and technology for their production”.

In parallel, VEDA’s team of engineers have continuously presented their findings on numerous relevant congresses in USA, Russia, France, England, Germany, India, Belgium, Italy, Japan, Chile, South Korea, South Africa etc. and published many research papers in some of the most prestigious academic journals in the field.

Creating products that present innovation on the world market came with all the risks and challenges related to innovation in general. However, the developed concept provided quality solutions and added true competitive advantage, which made VEDA’s work recognized and valued. 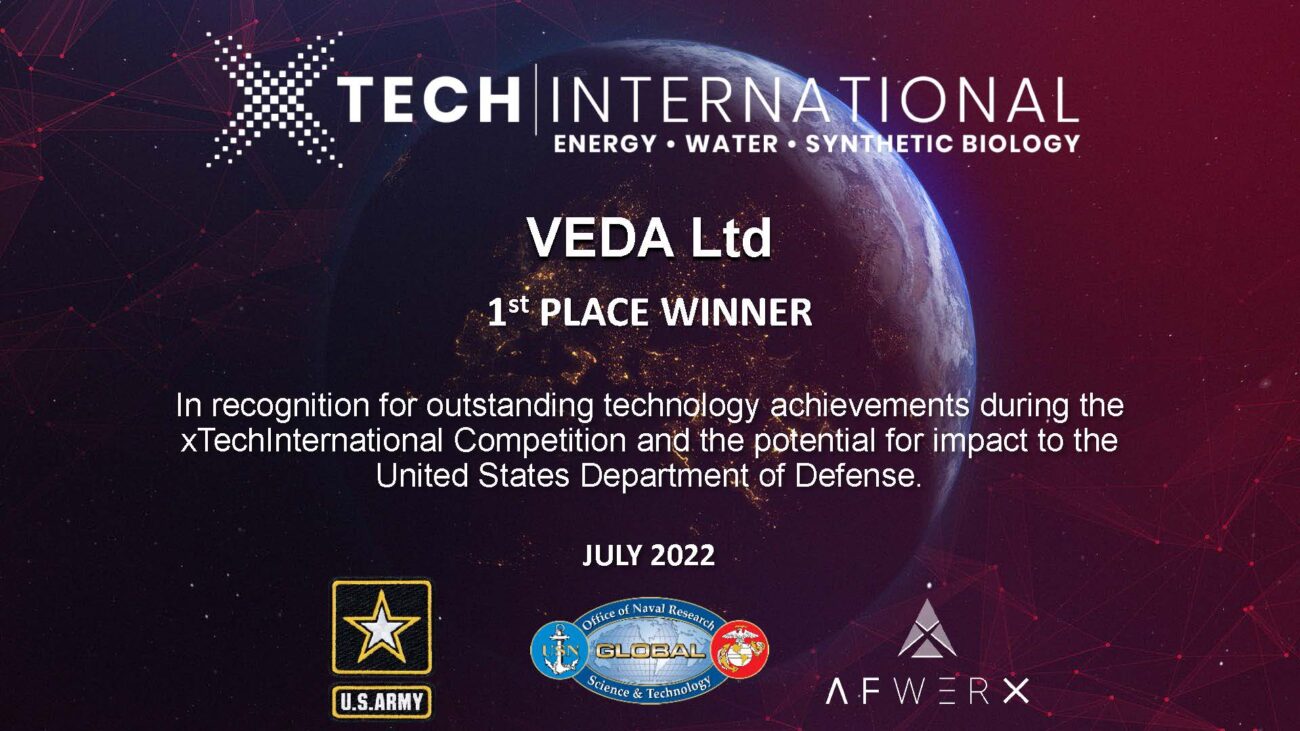 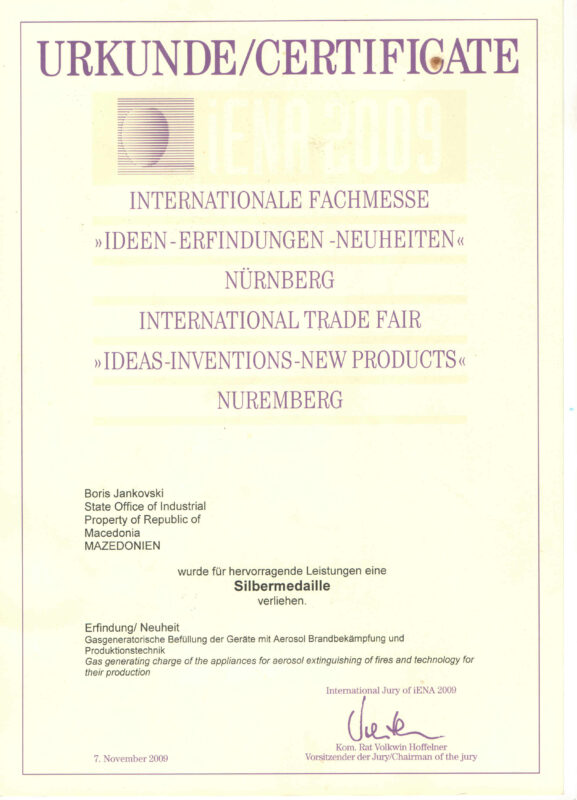 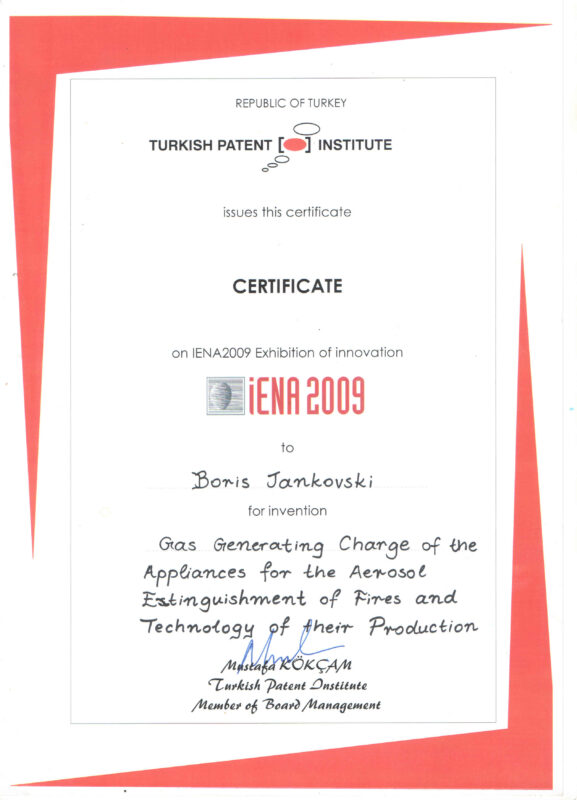 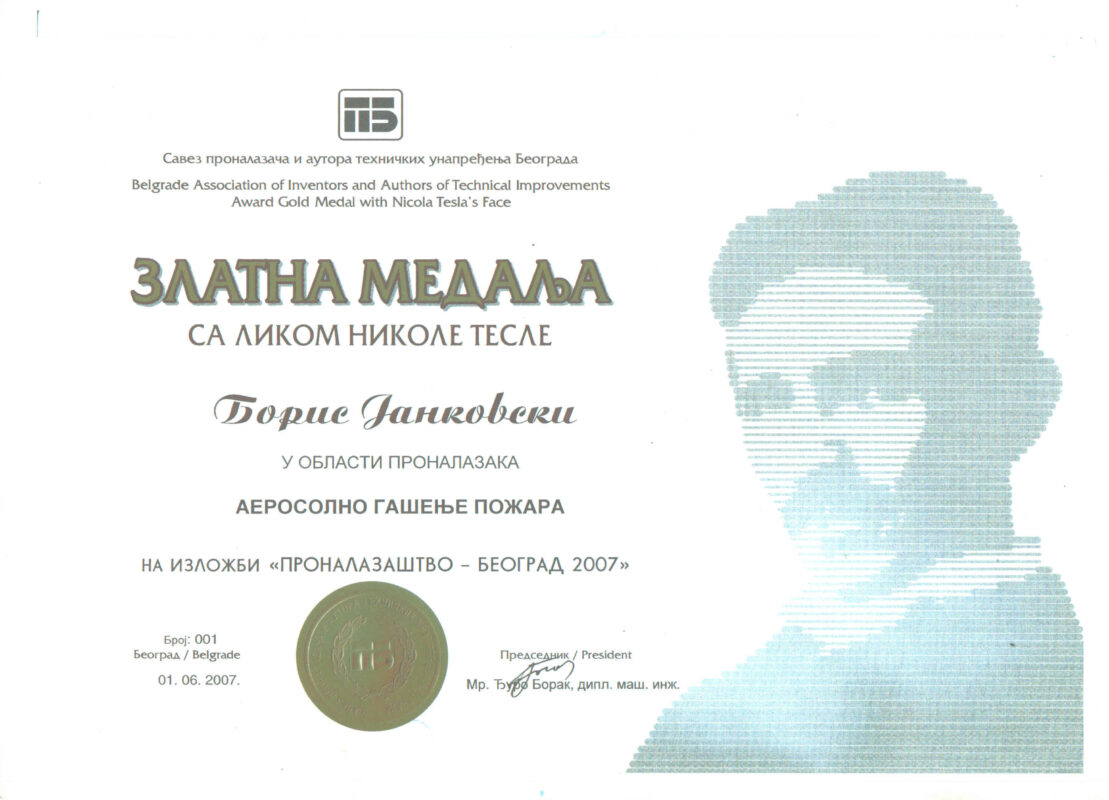 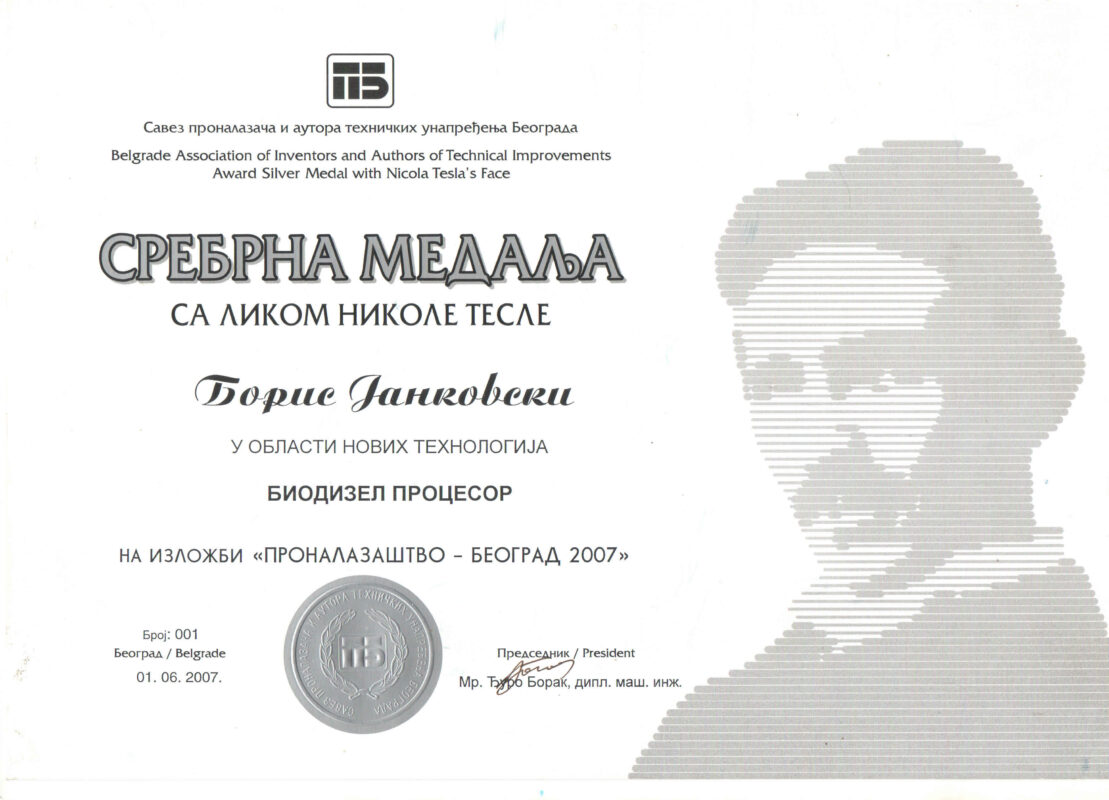