VEDA has devoted its R&D capacities and efforts towards developing a new technology with an early fire detections system which automatically ceases the fire within 5 seconds of fire-emergence. The result is VEDA’s very effective aerosol fire-extinguishing technology. 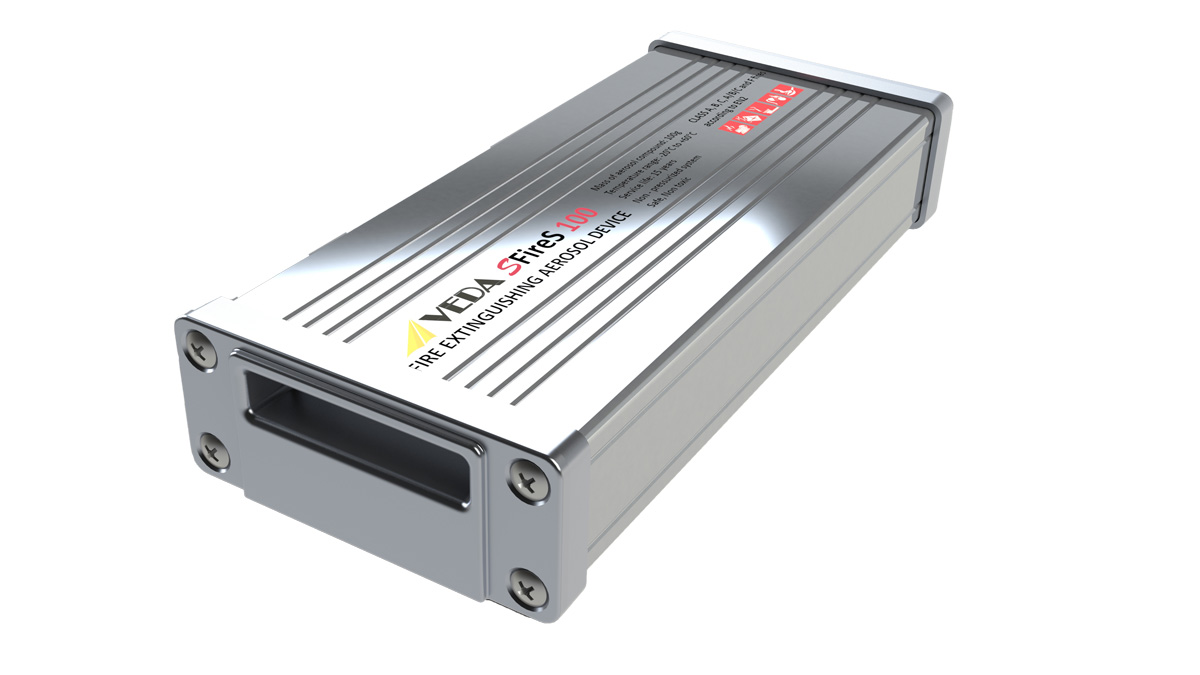 According to the Montreal Protocol, the production of Halon substances has been stopped as of 1st of July 2002. In addition, by 1st of January 2005 the application of fire extinguishing systems using this chemical will be reduced by 50 %, and by 1st of January 2010 such systems will no longer be applied.

Our extinguishing substance and its gaseous products do not contain any substance which has adverse effects on the ozone layer, ODP = 0, GWP = 0, which is a basic precondition for any fire extinguishing product to be accepted on the market.

The aerosol fire extinguishing units are placed within the area we want to protect. Also, with the built-in systems and subsystems for automatic or manual activation, the risky operation of approaching the fire in order to extinguish is avoided, thus protecting the personal safety of people.

The basis of our principle is to create a solid mixture whose decomposition will produce substances which will efficiently react with the combustion process.

The fire is suppressed at the moment of its occurrence, therefore it is not allowed fire to be spread in the surrounding area – this can be considered as the most significant characteristic of this technology for fire extinguishing.

Additional options that can be implemented within the system are possibilities for early elimination of the cause of fire, such as:

The aerosol fire extinguishing units can be placed in any position within the protected area without it omitting their basic function. 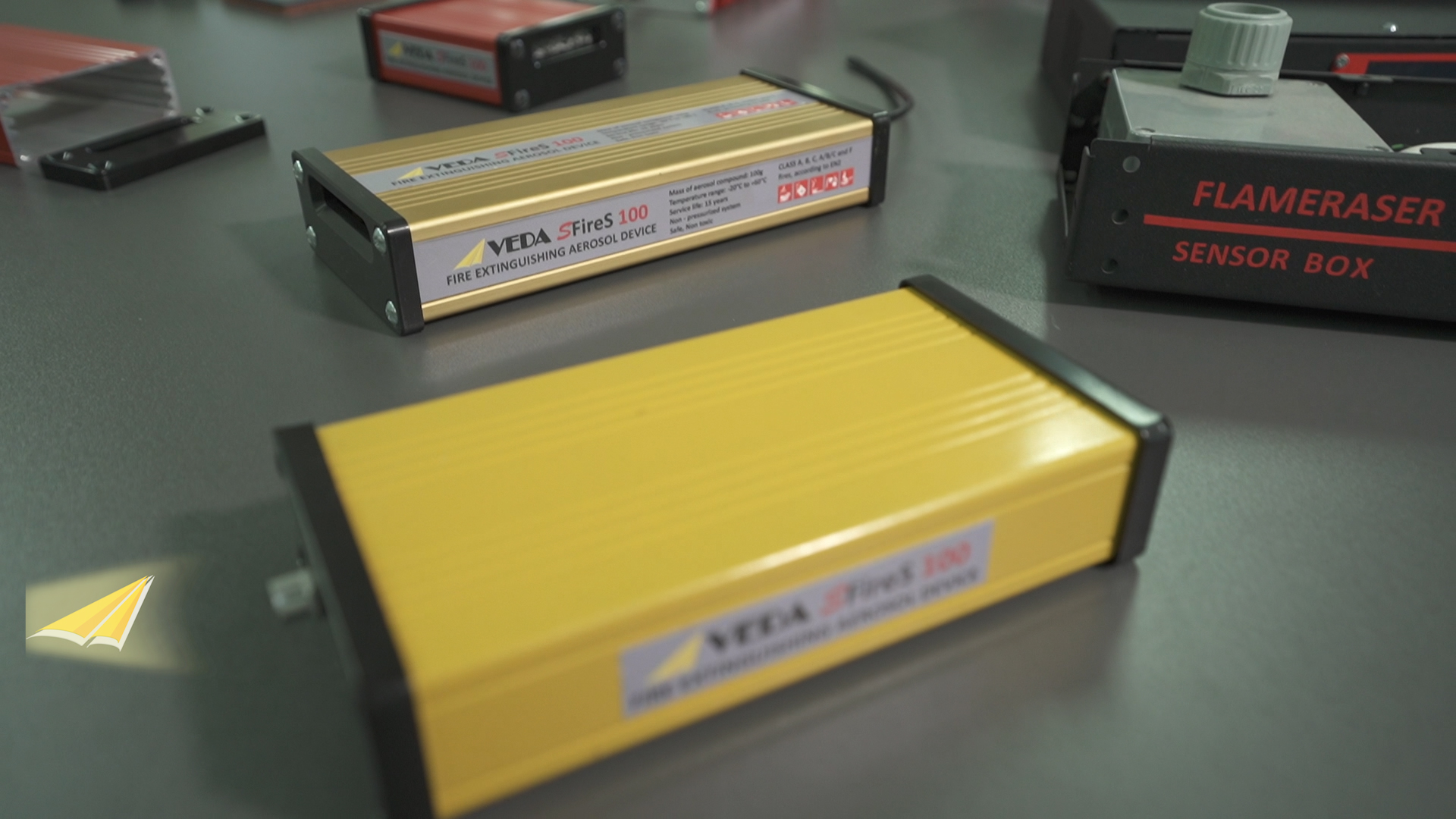