VEDA has developed the first direct fire suppression solution that can be incorporated within the Li-ion pouch battery or cylindrical one, isolating each cell and each battery module in one power source. VEDA’s solution is consisted of innovative insulation substance produced in the form of a thin and light thermal barrier, placed between each pouch cell and cylindrical cell. In case of a mechanical damage, overcharge or shortcut after which Thermal Runaway is initiated, VEDA’s thermal barrier completely isolates the affected cell and prevents the fire from spreading to the other battery cells, as it usually happens

The secondary aerosol fire extinguishing system acts immediately to suppress the occurred fire, while not affecting the rest of the equipment in any kind.

VEDA’s reliable and efficient battery fire suppression solution will protect the lives and personnel in all fields of work. 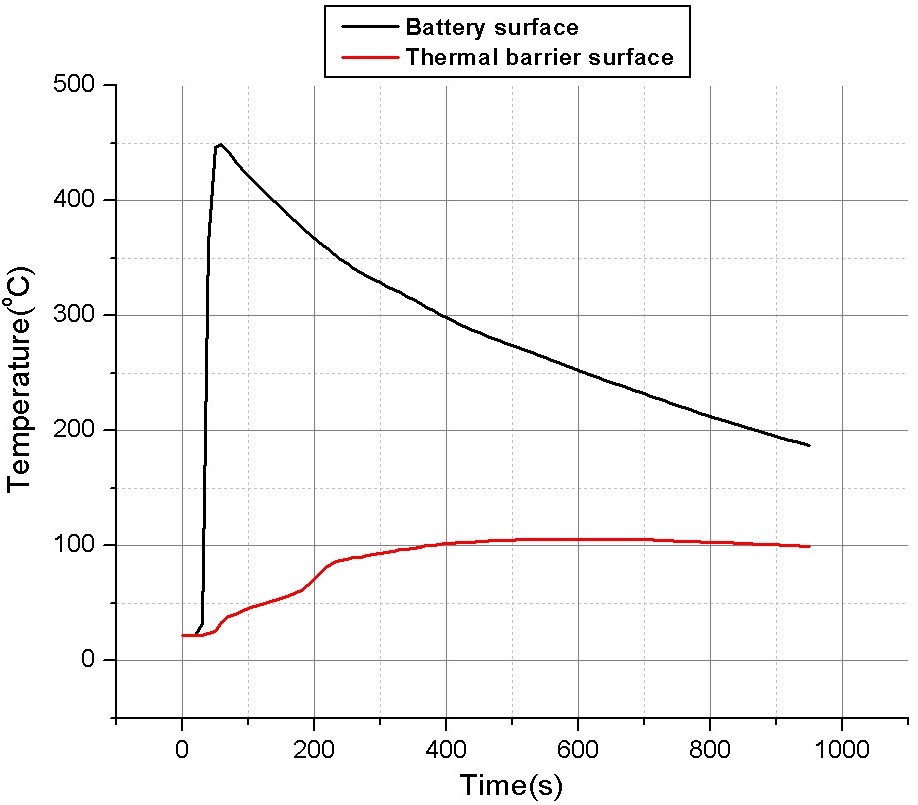 The diagram shows two temperature readings of the thermocouples.

The diagram clearly shows that the temperature transfer is significantly reduced, thus the heat spread to the other battery cells that form a stack in the module will be stopped with a goal to avoid a thermal runaway occurrence.